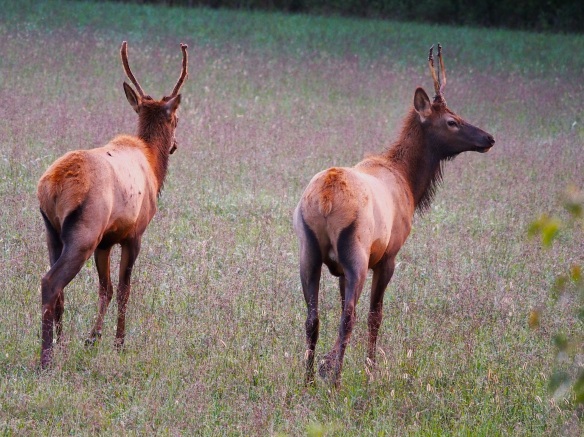 This morning I got up bright and early – 4:30am – to head over to the Boxley Valley near the Buffalo River. A friend and I decided to make a run over to see if we could get a look at some elk. We arrived at the valley right before sunrise and began to scout out locations. We saw a pair grazing in a roadside ditch. It was still just a bit to dark to get any good photos so I parked my jeep about a 100 feet away and hiked towards the pair of young bulls. As cars passed by, I just hoped they would stay close until the sun came up. One at a time they wandered across the road, over a fence, and down into a meadow. I thought for sure that we had missed out, but hiked over towards the spot where I had seen them leap over. From the roadbed I was actually above the meadow and got a chance to see them both clearly visible above the wall of foliage along the fence.

The most amazing thing happened next. They carefully, even gently, began to spar with each other. There was no crash of antlers or huffed snorts, it was more of a quiet ballet. 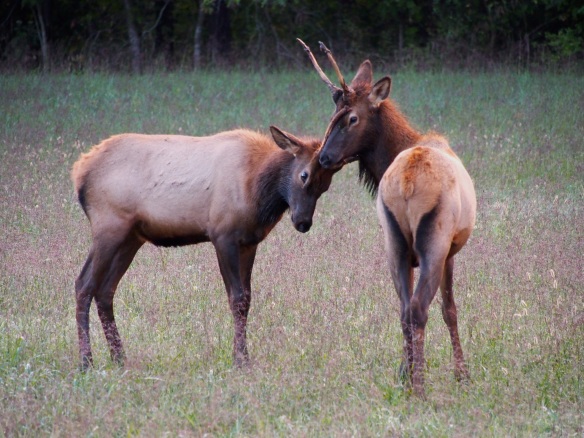 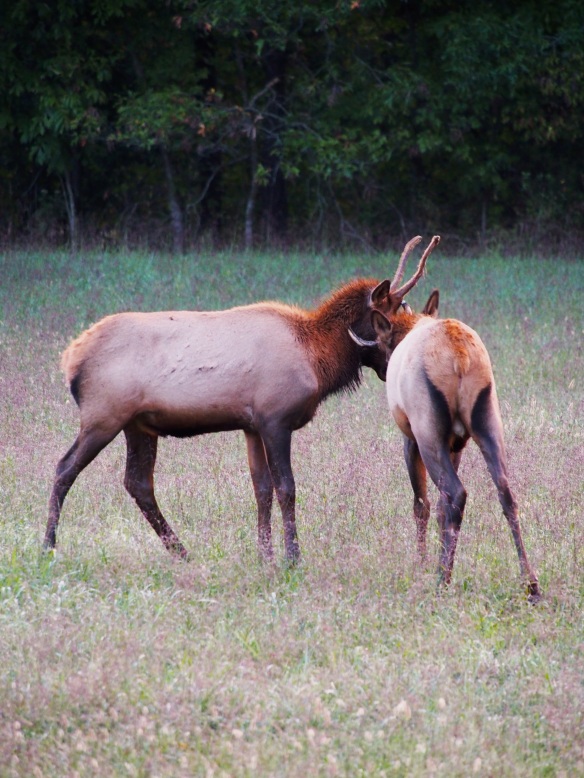 Occasionally the pair would stop, and look our way. Then they would look back at each other and continue the dance. 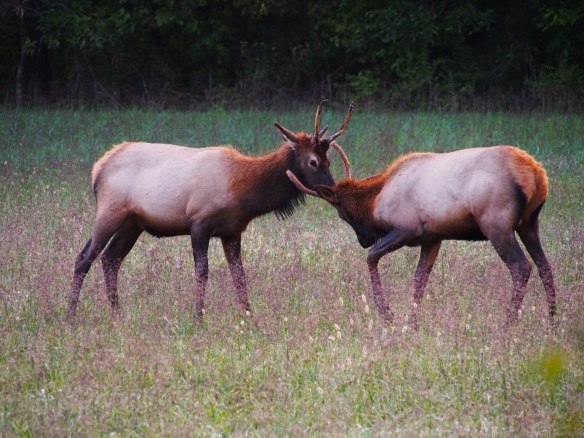 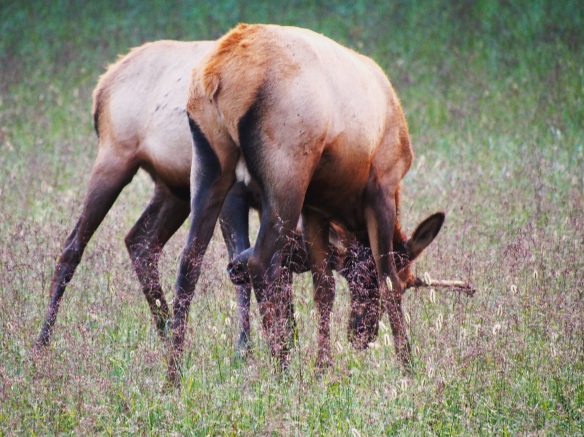 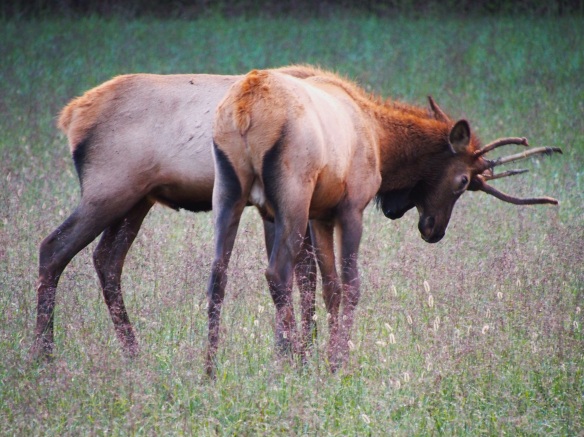 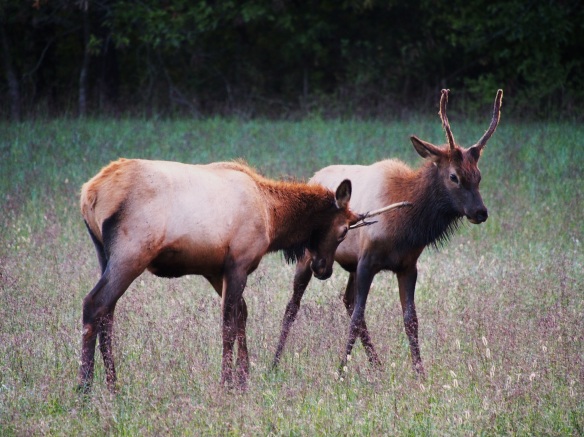 Dodge, thrust, parry, block – and then another glance, perhaps to see if we were still watching. 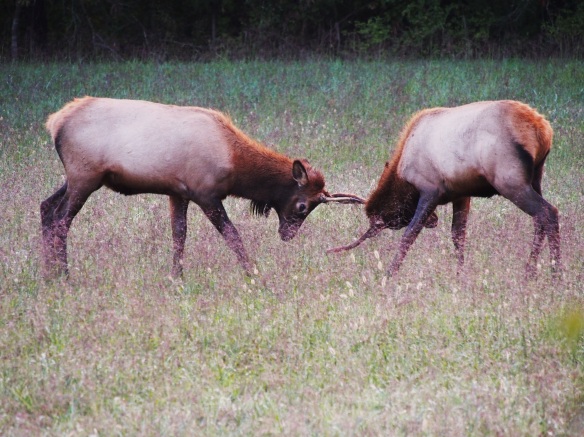 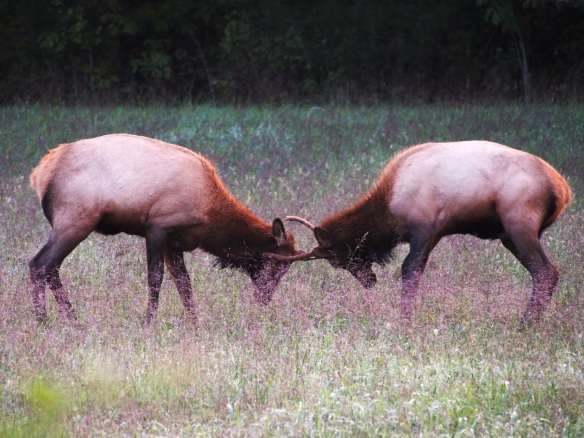 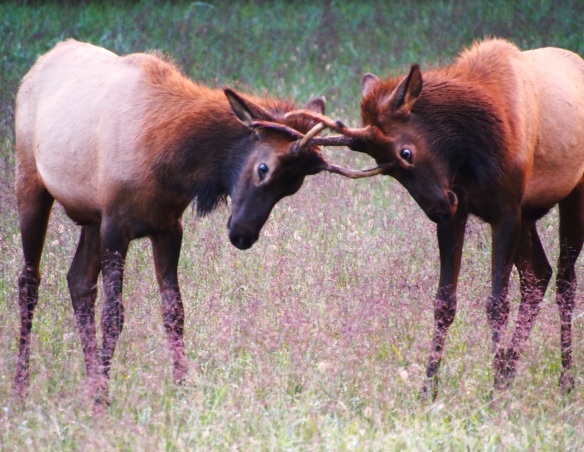 Back and forth, round and round, stop and glance – this went on for about 20 minutes.

Then they were finished, the show was over, time to take a bow. 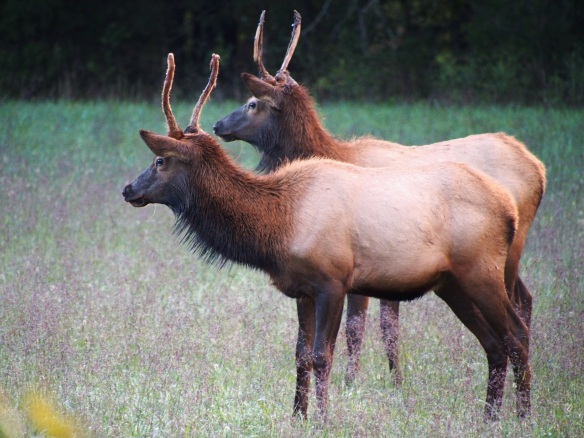 They both headed off towards the cover of the woods. 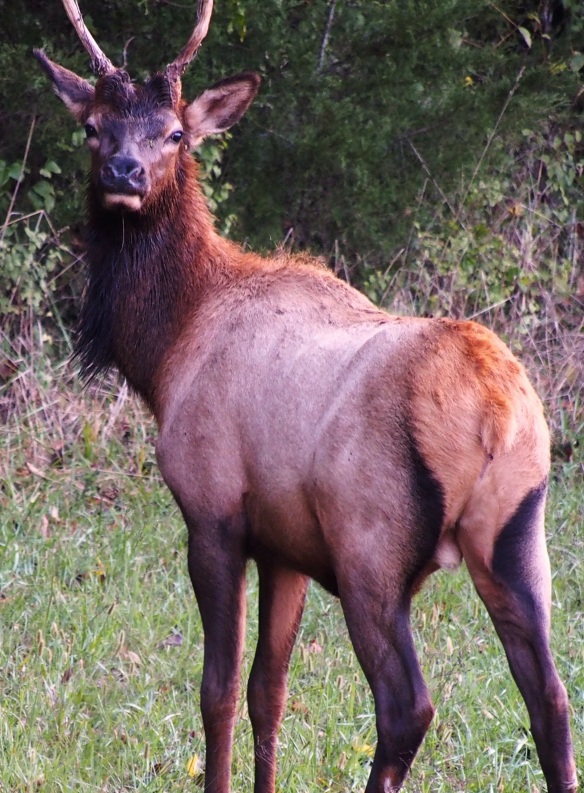 The first bull went on through, the second lingered, almost like taking a curtain call.

I photographed lots of elk today, but I was most enchanted by the young bulls I spotted before sunrise. I’m not sure what they were doing, were they practicing for a future rut? Were they raised together in a nursery group? Did they see my camera and decide to put on a show? Either way it was worth it, now I think I’ll go take a nap.