Yesterday was a glorious sunny day. Earlier in the week I saw a friend post on Facebook that she was in urgent need for a convertible for the annual Veteran’s Parade. I have a Jeep with a soft top so I responded, asking if that would help. She enthusiastically said “Yes!” So I set about getting a year’s worth of dirt of my Jeep. I view dirt as a protective coating, so this was no small run through the car wash, it was a scrub down, actually it was three, but that’s not the real topic for this post.

I grew up with a Pop who served in the Marines, uncles who served in Vietnam, and great uncles who served in WWII. I saw with great regularity the cost of that service. I also saw silent pride for having made the choice to serve. Washing a Jeep to do something small for men and women like this is simply inconsequential. I was honored to do it. I drove a man who was was a couple years younger than my Pop would have been. He served in the Marines Vietnam in the mid 60s. As we drove through the streets people shouted “Thank You!” – something this man should have heard when he came home. He waved and took it all in as his friends an neighbors cheered for him.

What follows is my exploration of the men and women in the parade, some vets, some family members, some cloning out to march to honor loved ones or even just an era. It was different for me shooting from inside the parade. I didn’t get to see much of it, just the 40 or 50 feet where I was placed.

This is Sue. The parade exists today because 4 years ago Sue asked why there was no Veterans parade in this small hamlet that has a parade for almost any reason. Her late husband was a Vietnam vet who died too soon. This parade is a labor of love that honors her Gary.

Actually, it’s not just a parade. Sue finds new ways to honor vets each year. This year there were restaurants cooking for Vets, discounts all around town, a 21 gun salute, and even an art show. Gary is smiling on you, Sue. 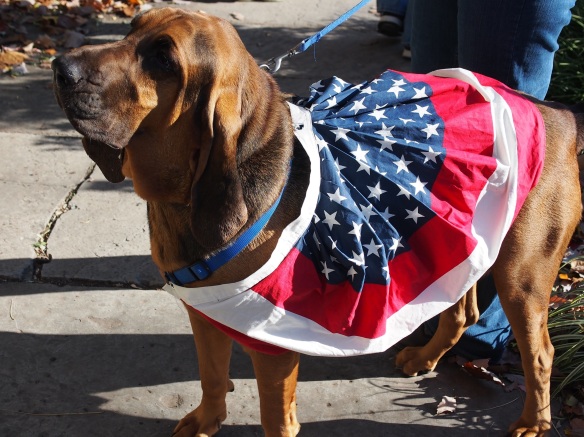 This bloodhound howled in time with the bagpipes at the front of the parade. 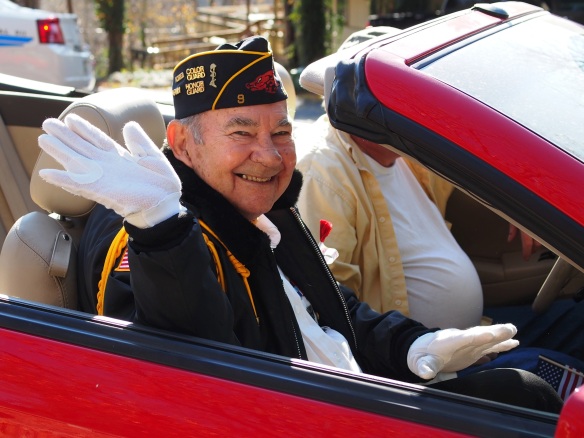 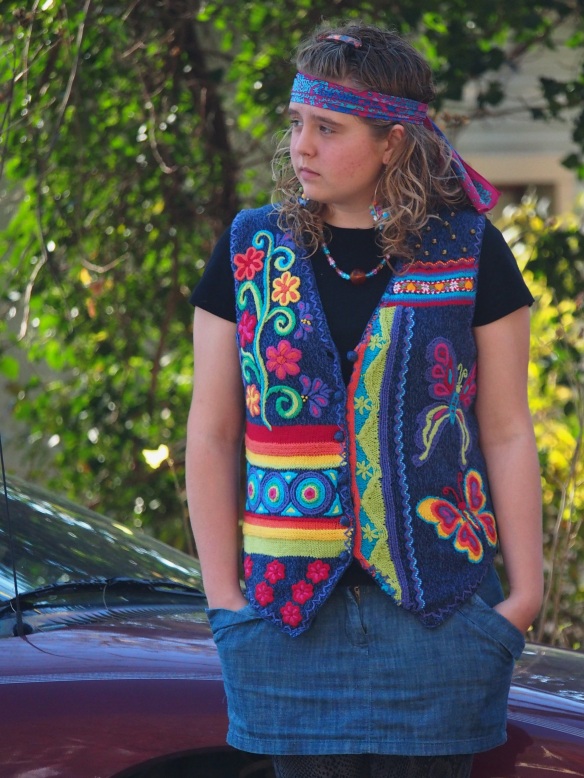 Marching in honor of the Vietnam era.

Sparky marches in honor of his Grandpa 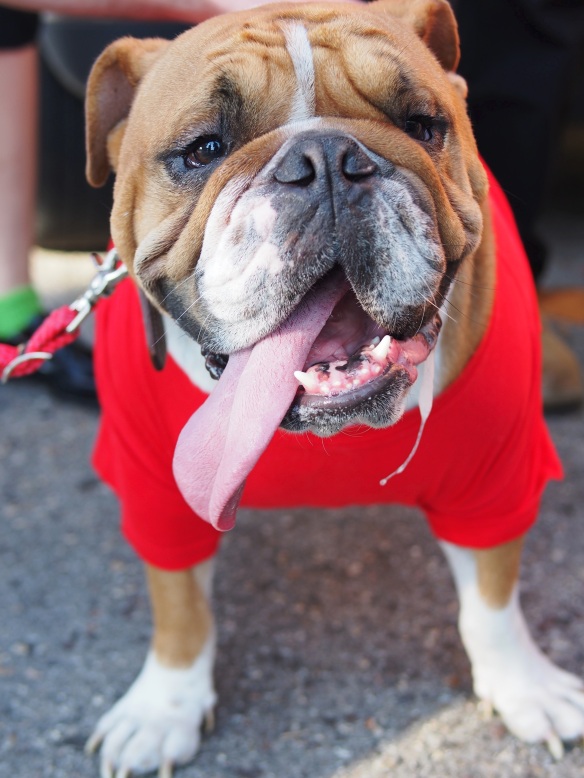 USMC Bulldog – he wanted to take on that bloodhound 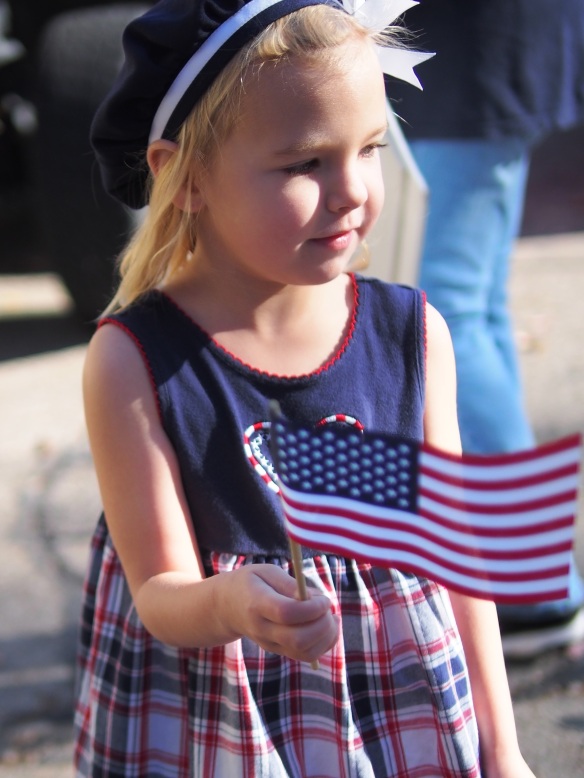 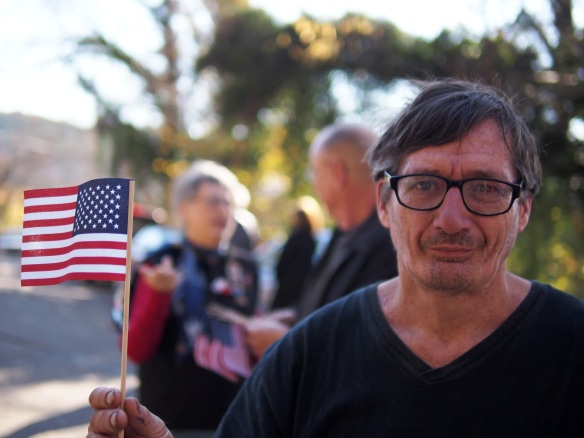 In honor of WWI 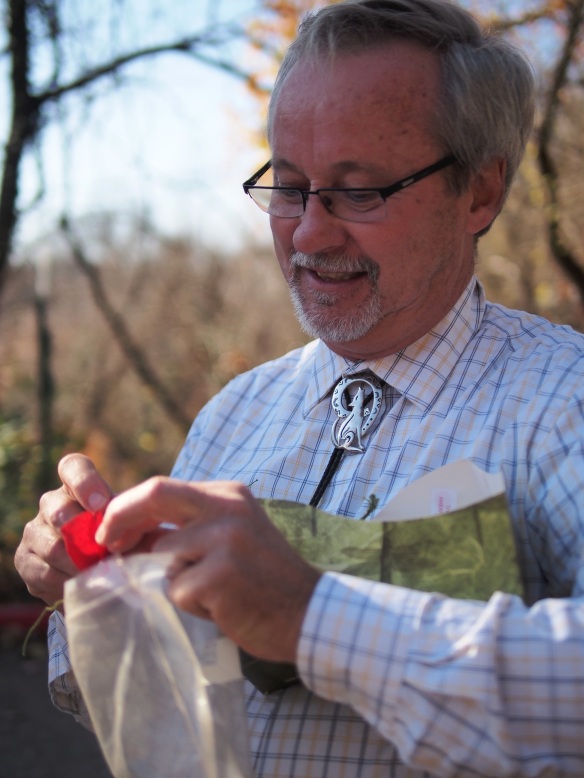 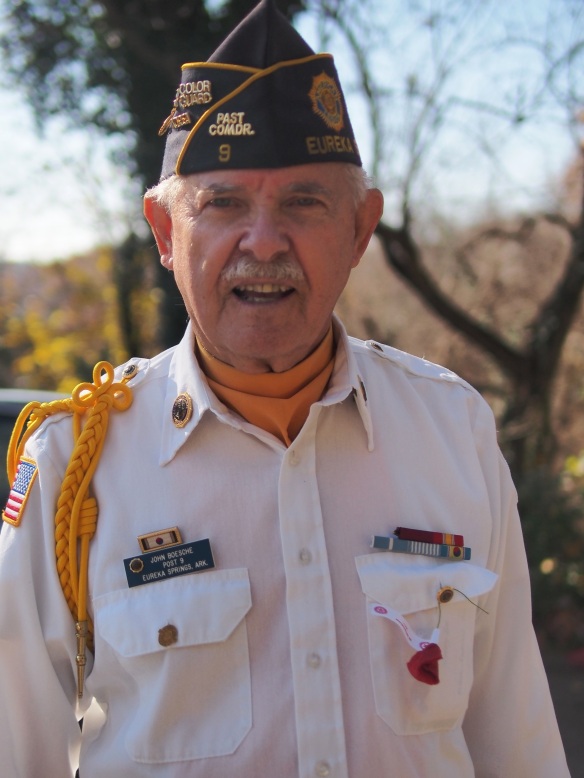 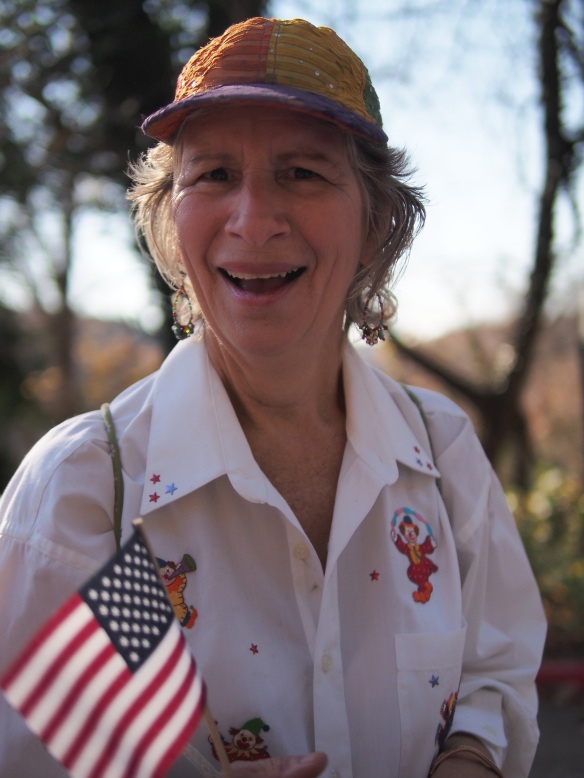 Margo forgoes the clown makeup of this parade.

As the parade ended someone sang the national anthem. Everything stopped. I confess I think of that anthem in terms of baseball games. These men see it as something much more profound.

To all vets – I sincerely want to say, I thank you for your service.

20 thoughts on “The Faces of Veterans Day”