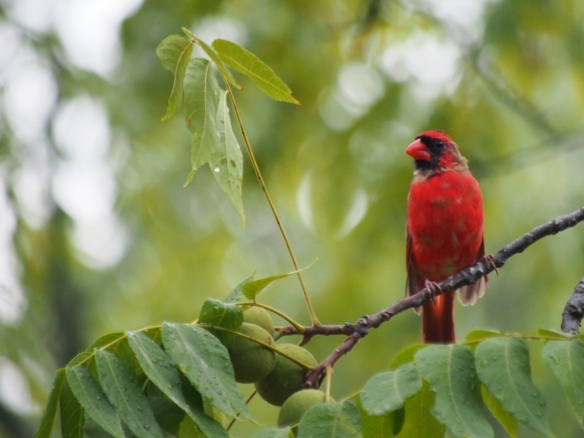 I have been feeling a bit snubbed by the local Cardinals. 14 feeders filled daily and nary a cardinal shows their red and black face. The whole point of hanging all those feeders was to get the cardinals close enough to get some nice snaps. Last weekend after the rain I finally got me some cardinal love. Two male cards perched off in the walnut tree and gradually got closer and closer to me. 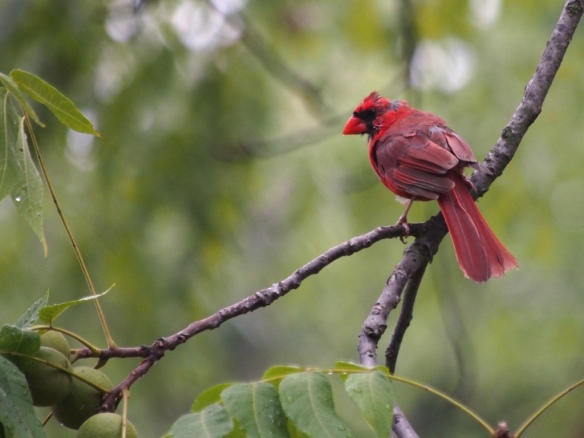 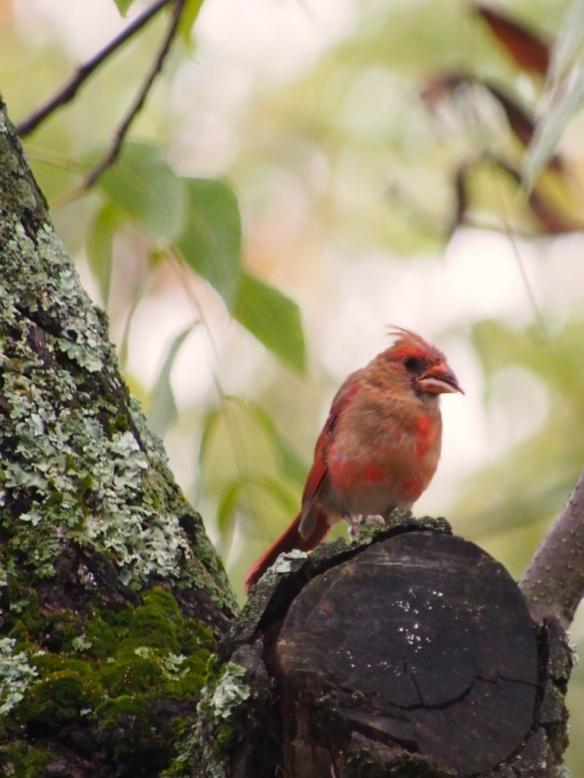 The patio where I snap my photos has a pergola overhead that rests on two log columns with stone bases. The two male cards decided to check me out from each side. They scoped out the best places to feed. 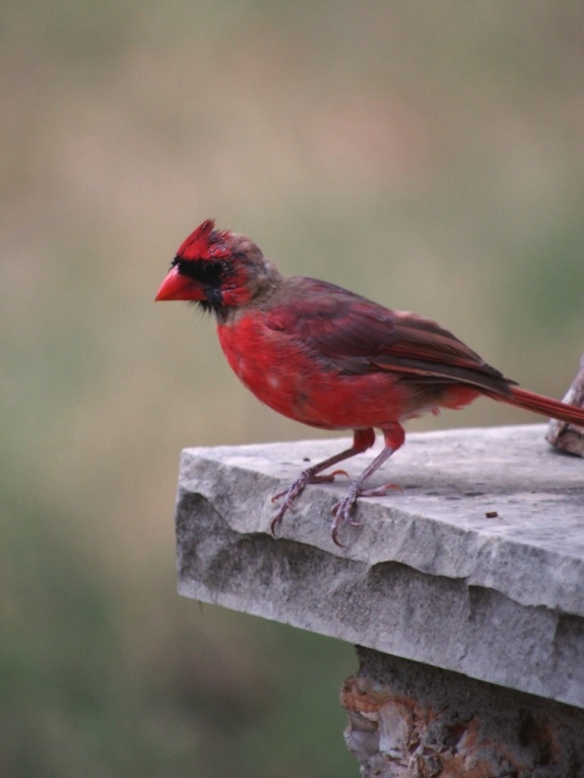 This guy has an epic mohawk! 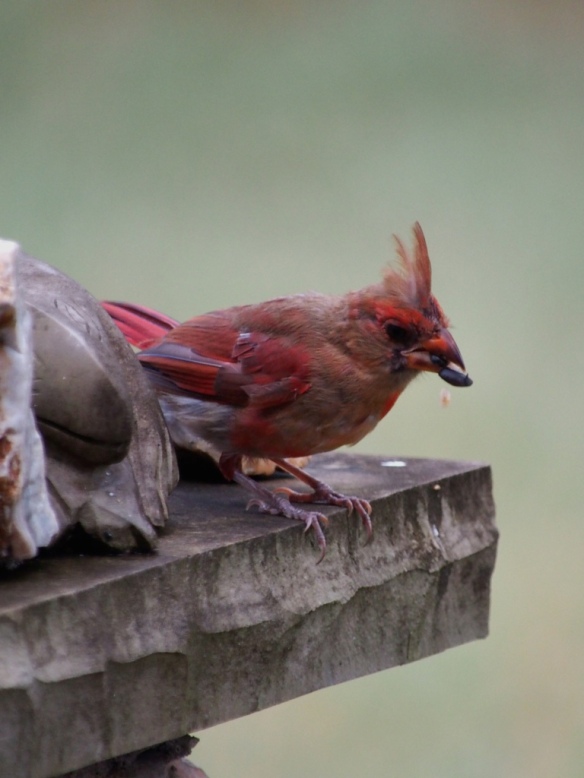 This guy popped back into the tree and did his best parrot impression. 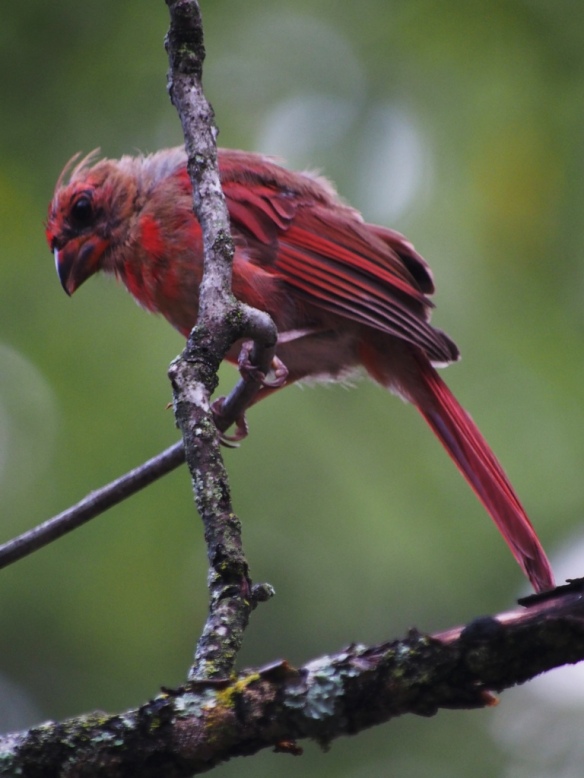 The two guys were joined by this girl who sports her best Angry Birds poses. 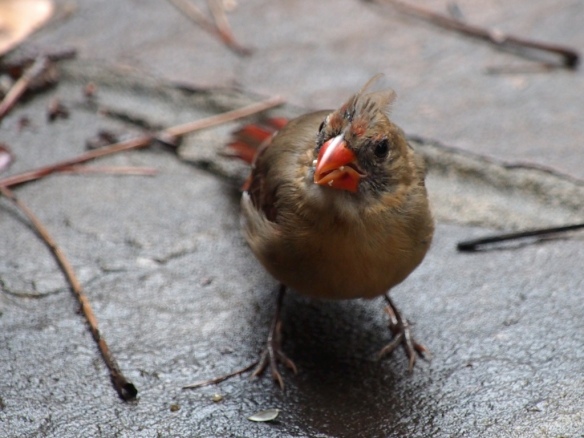 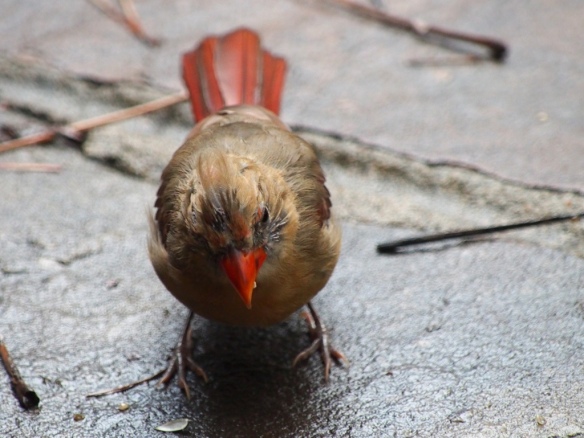 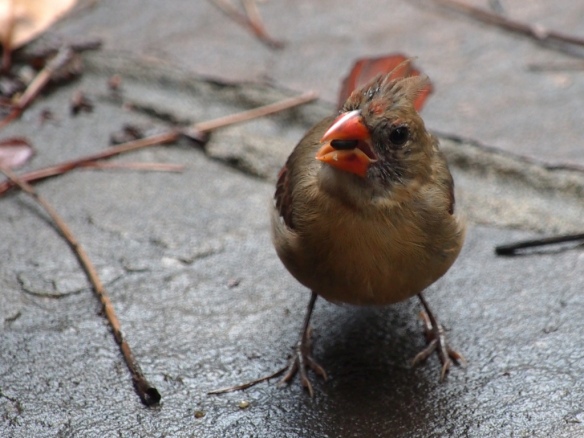 The girl settled in on the arm of a sassafras bench right next to the doorway were I was sitting inside. I saw her reflection in the open glass door and slowly pointed my camera around the corner until I saw her on the LCD. She was less that 3 feet from me.

She hears my camera click and starts to look around… 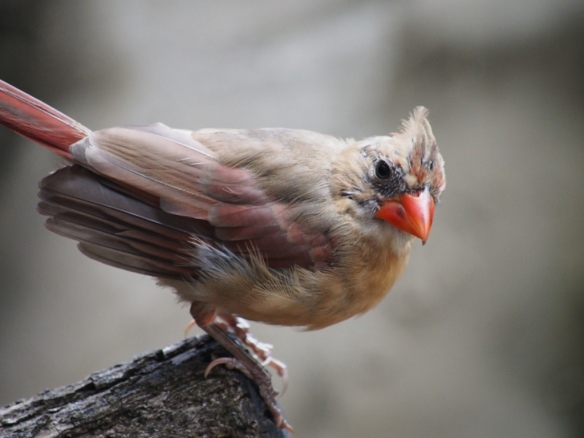 And she spots me. 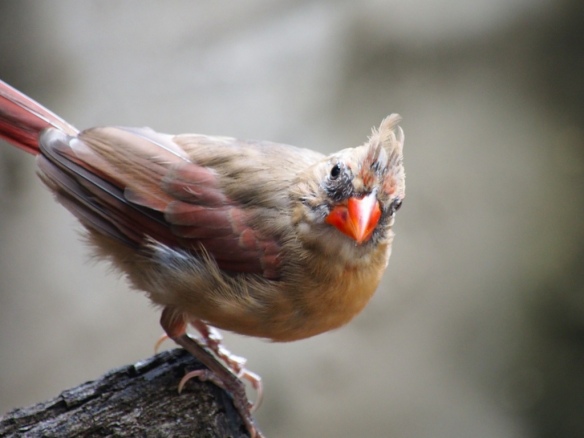 She hopped up and turned around and threw me a pose.That girl has a little Cap’n in her. 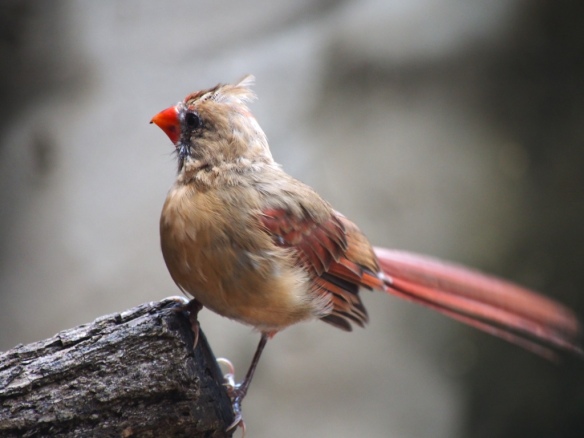 In addition to being shy, the cards are just too large for a lot of feeders, I didn’t know this until I had already set up a feeder system. I’ve been looking for a tray feeder, in the meantime they cards have discovered the patio below the feeders – it’s the world’s largest tray feeder and needs no stand. 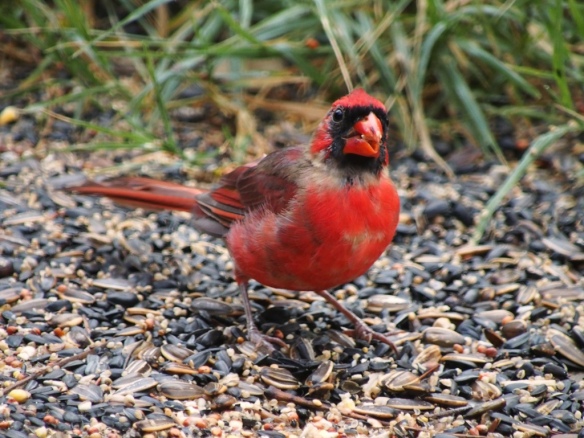 I’m glad these guys finally gave me a shot at snapping them.

16 thoughts on “The Cards I Have Been Dealt”