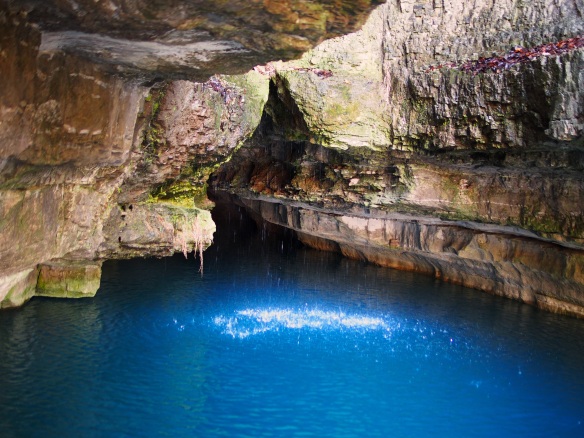 Today I took a trip to Roaring River State Park, it’s a beautiful park adjoining the Mark Twain National Forest. Roaring River is fed by the spring pictured above. It’s one of the largest in Missouri. Ordinarily February is not the time to go to the fishery, but today was gorgeous. The play of sunshine on the water was magical. 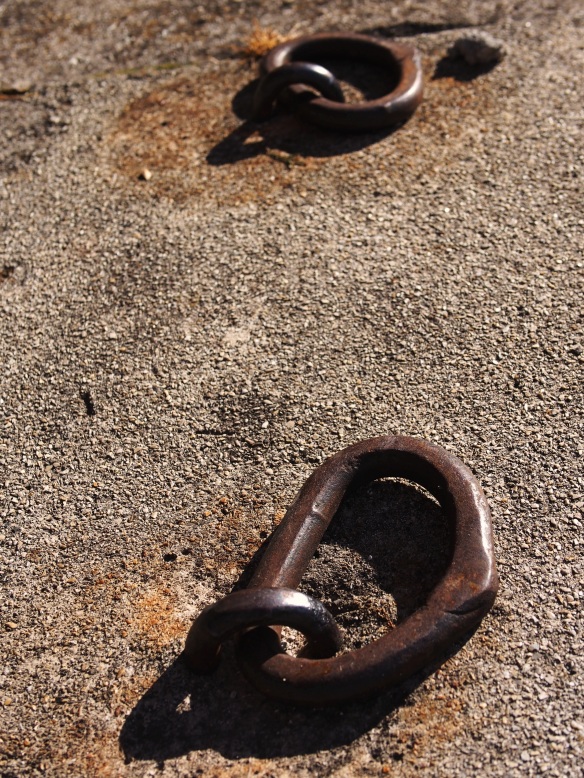 These rusty links caught my eye. They were in the large pond and I wonder if they were meant to secure rafts or boats at one time. This whole facility was built by the CCC and much of the stone and cement works around the ponds have the feel from that era.

The spring empties in to a large holding pond and is then directed through about a dozen smaller holding ponds where rainbow trout are sorted by size. 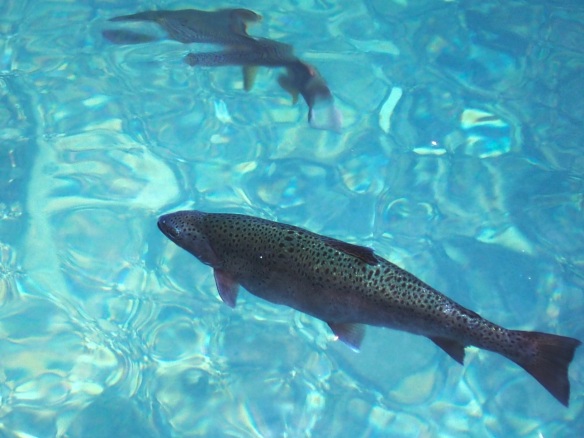 This trout was inside the spring – as the water flowed out from the overhang it had a haunting blue color. I looked at this shot on my LED screen and noted how much it looked like a watercolor painting. Seeing this I tried to focus either on the fish through the water or just below the surface to see if I could make something of this effect in the holding ponds. 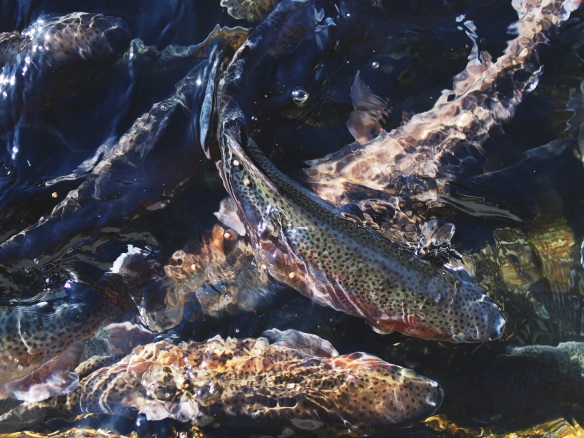 I loved the curves in this shot. Someone had just tossed some feed in the water just outside my frame and the fish seemed to turn as a single mass. 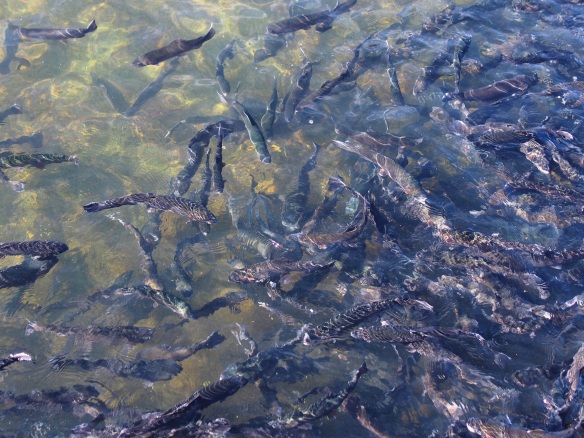 This is a holding pond for mid-sized trout. The scene turns a dark grey where the trout are several layers thick. The mass of fish block out the golden color of the bottom of the pond. 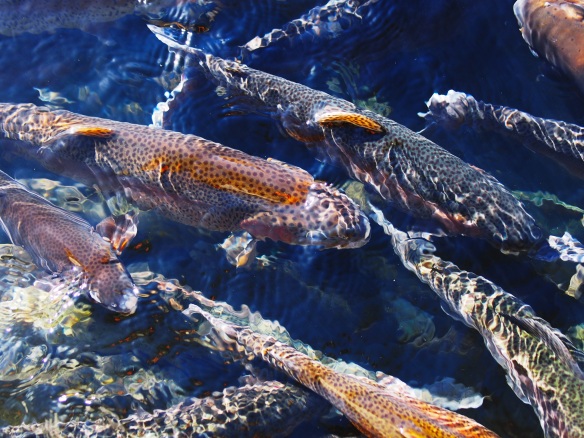 These are called parent fish. They are in a smaller round tank and are the source of all the other trout in the tanks. Some of these are larger than a good sized salmon. The orange in this shot is the reflection of my orange hoody on the surface if the water. 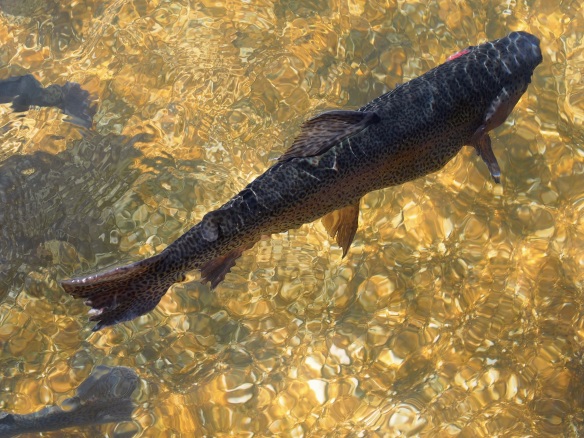 This is one of the parent fish all alone. I rarely got a shot at a single fish like this. This shows the color of the bottoms of the ponds, the warm gold color creates reflected light in many of the shots. This was my favorite shot of the day. 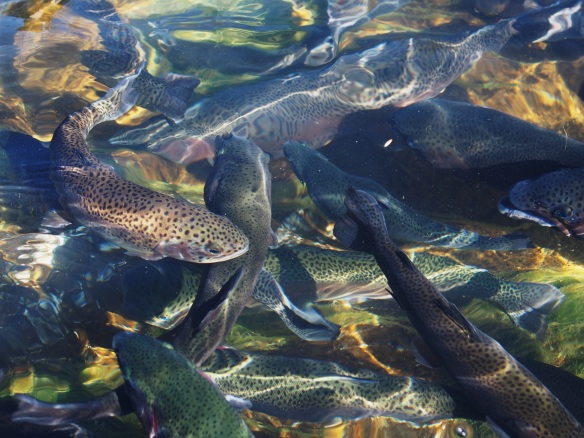 Occasionally I would get a shot though some smooth water and be able to get a tight focus on some trout. This shot reminds me of a traffic jam on the freeway. 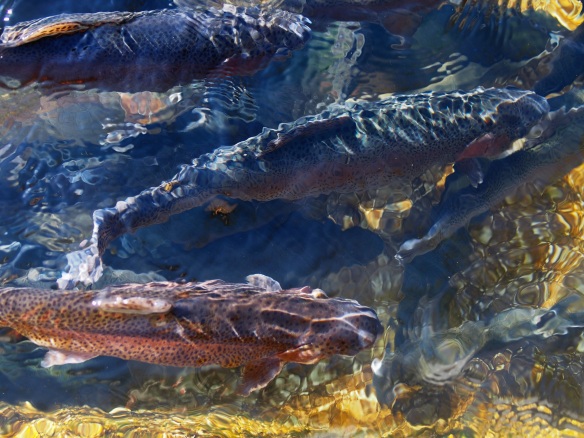 The fish in this pond seemed to have a copper color when the sun hot them. It could have just been the angle of the sunlight at this spot. 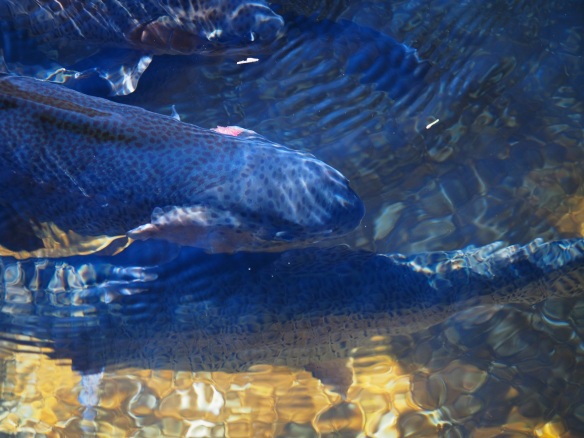 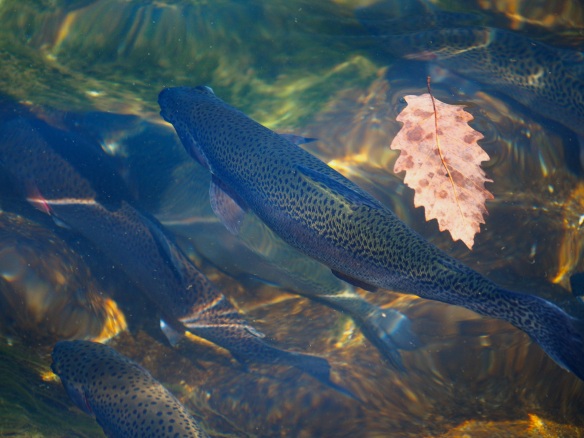 The still water gave me lots of focus options in this shot. 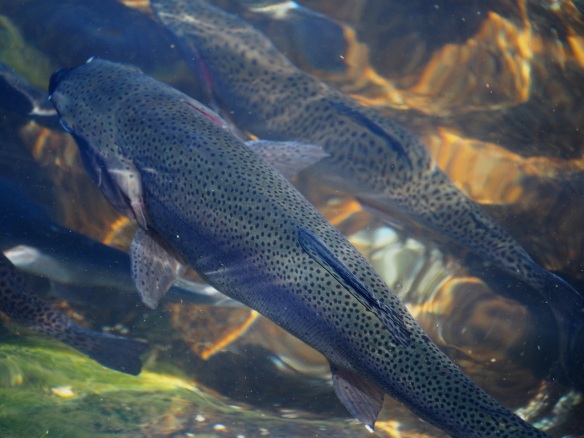 This was a massive trout. He was in the pond that they release into the river. 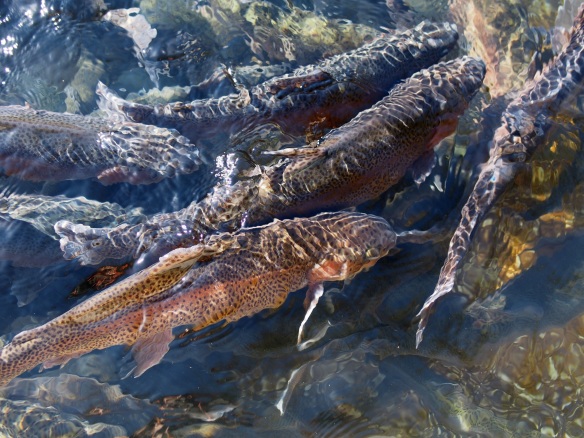 More copper reflections. I love the painterly feel of this one. 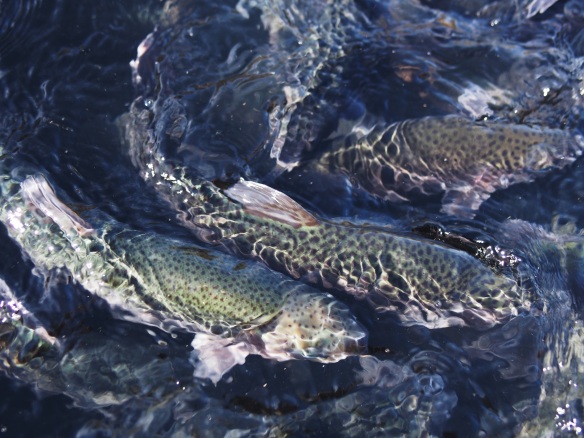 Everyone, take a right! 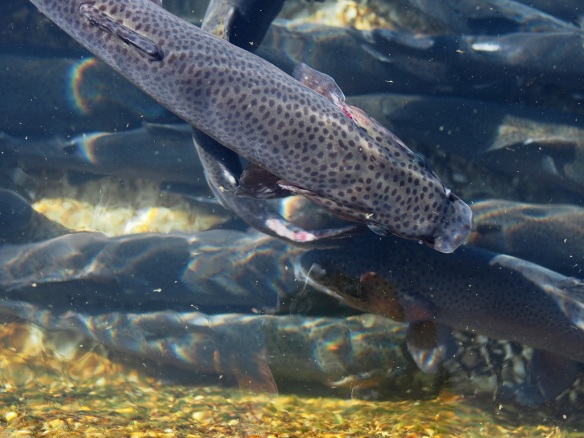 Some of the parent trout had flat noses like this one. 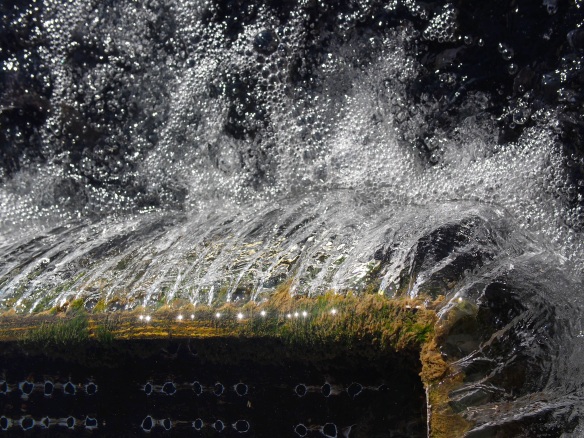 Color in the water – water colors.