Earlier this year I had an encounter with a yearling in the woods – it was an old friend, a friendly fawn. Last night I ran into the fawn again, but he’s all grown up!

These aren’t the best photos – I was not very close and was loosing light, but it is my fawn! I think I’ll just call him “Friendly”. He’s sporting velvet now. 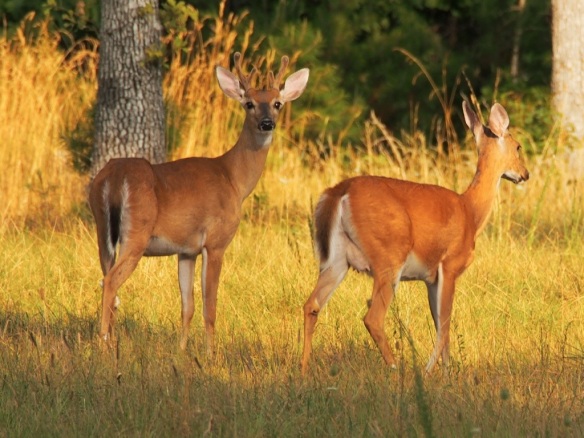 Friendly’s white mustache shaped marking is there – but I knew it was him because of that look!

His eyes are unmistakable and the white mark on his nose is there – but that’s not what clued me in at this distance. It was his manner. He was with three other deer. The doe with him in this shot is his aunt – I have several shots of her over they years and she is not very friendly. 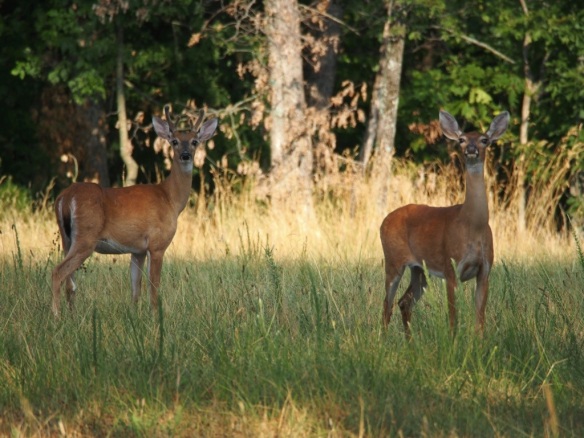 Here you can see the posture of the doe – she is not approachable and is not friendly. Her sister is the Friendly’s mom.

Looking at her in this shot she is getting ready to snort and bolt. But not Friendly – he’s watching me, tail down and calm. This was actually the first photo and you can see that his position is unchanged as I got closer. Here’s a shot of his mother with his newest younger sibling.

Doe is pretty calm as always but this baby was not – no white mark either.

Doe typically has twins or triplets so this is a light year for her. Both her and Friendly stayed put as I got closer.

Not a great shot – but this is Friendly’s new sibling, Spot

On this evening Spot made the call and bolted, the others followed.

They all bolted into the woods…except for one… 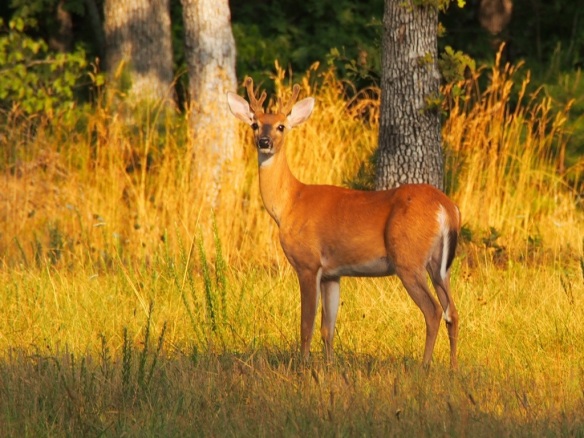 I think this is the beginning of a beautiful friendship – I think that “friendliness gene” does exist.

42 thoughts on “It’s a boy! An Update on the Friendly Fawn”